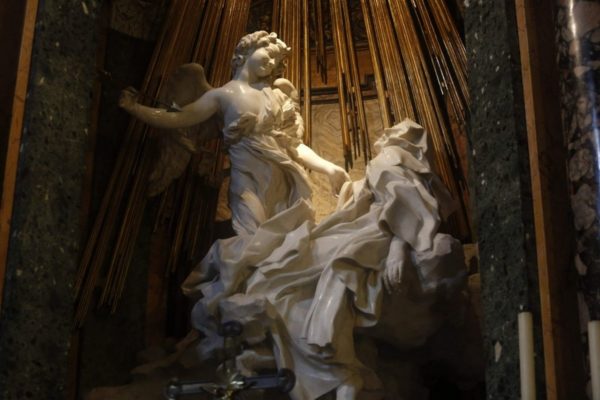 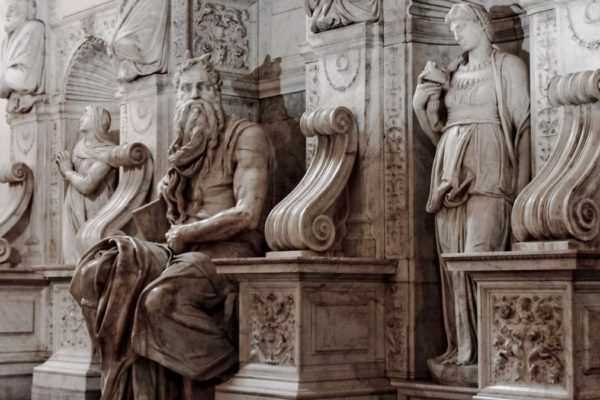 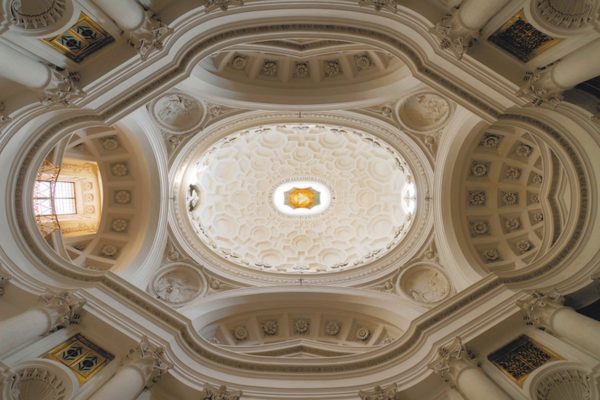 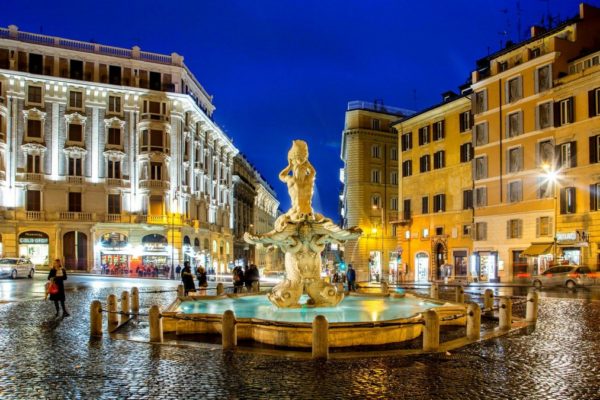 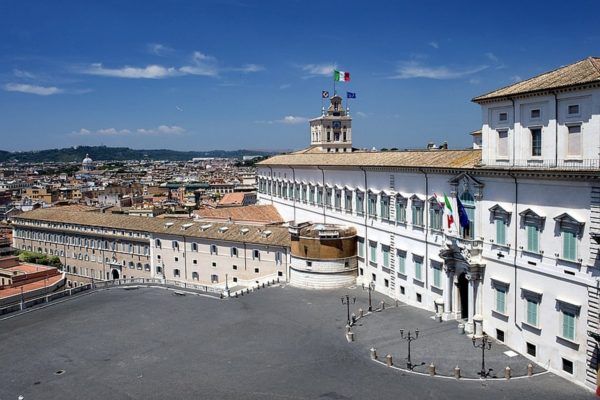 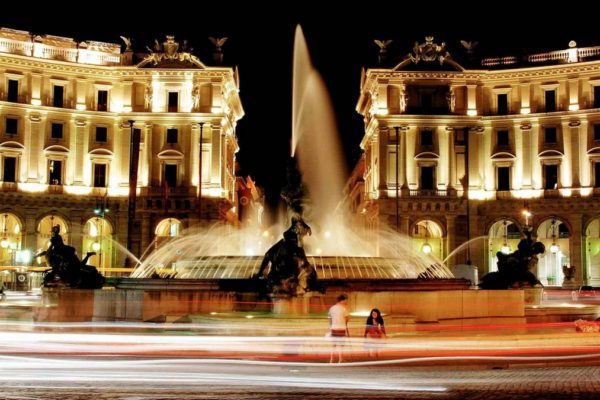 The Church of San Pietro in Vincoli, houses the mighty Moses by Michelangelo. Conserved in the reliquary on the main altar are the chains said to have been used to shackle Saint Peter in Jerusalem.

Step back in time through the passageway into narrow streets of craftsmen gilding picture frames and restoring antique furniture.

The obelisk in the center of the piazza was moved from Augustus’ mausoleum in 1786 and is flanked by imperial Roman copies of the original 5th century BC Greek statues of Castor and Pollux.

The Palazzo is open to the public on Sunday morning when concerts are performed in the chapel at 11.00 am.

Designed by Gian Lorenzo Bernini and Giovanni de Rossi over two decades (1658 -1678). Considered to be one of the finest examples of Baroque architecture. Bernini considered it his only perfect work.

The four fountains in each corner of the intersection were built in the late 16th century and represent fidelity, strength and the rivers Aniene and Tiber.

The church of San Carlino, completed in 1641, was Borromini’s first work in Rome and is one of his masterpieces.

The piazza gets its name from the Barberini family, which for a time were one of the most powerful in Rome.

Bernini crafted the Fontana del Tritone in the centre of the square, as well as the smaller Fontana dei Api in the northwestern corner.

The fountain was designed by the architect Domenico Fontana by commission of Pope Sixtus V to commemorate and display the construction of the Acqua Felice aqueduct. The first acqueduct to carry clean water to the city since the time of the imperial Roman aqueducts that were destroyed by the Barbarian invaders in the 5th century.

The fountain is also known as the Moses fountain because of the massive figure of Moses in its central niche.

A baroque church containing the masterpiece by Bernini, the sculpture of the Ecstasy of St.Teresa.

The shape of the piazza follows the semicircular exedra of the ancient baths complex (Terme di Diocleziano) that stood here.

The central Fontana delle Naiadi was designed by Mario Rutelli. The scantily clad nymphs caused a scandal when the fountain was inaugurated in 1901.

On the piazza the church of Santa Maria degli Angeli e dei Martiri was the last grandiose architectural project by Michelangelo.

Built at the turn of the 3rd century, these baths were the largest in ancient Rome and could accommodate up to 3000 people. The complex fell into disrepair when the aqueduct which fed it was destroyed in 536.

The church was built in the 5th century, and is one of Rome’s four basilicas. The mosaics in the vast interior are among the most important of this period of Rome.

Very close to the Santa Maria Maggiore treasure case of the unique cycle of Byzantine mosaics depicting the lives of Christ and the Saints.