Start the Forum walk from the Arch of Constantine 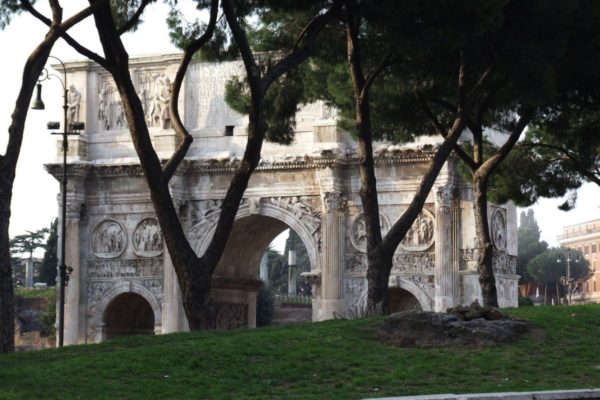 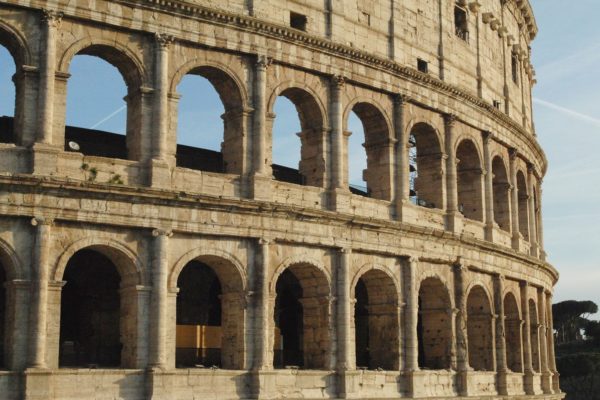 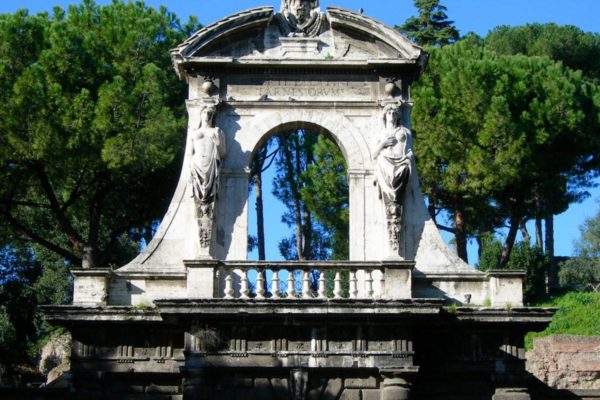 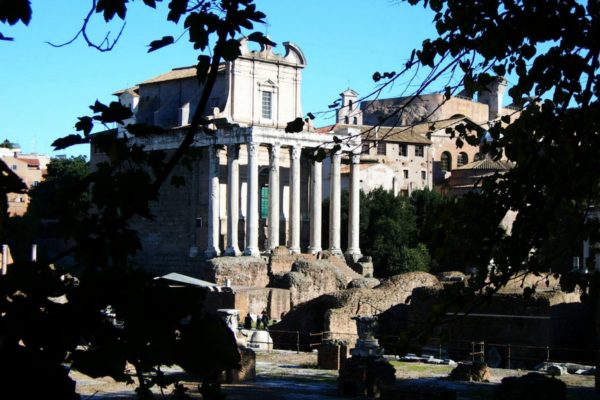 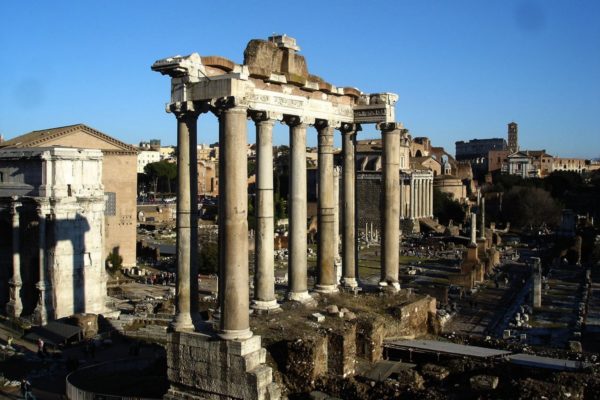 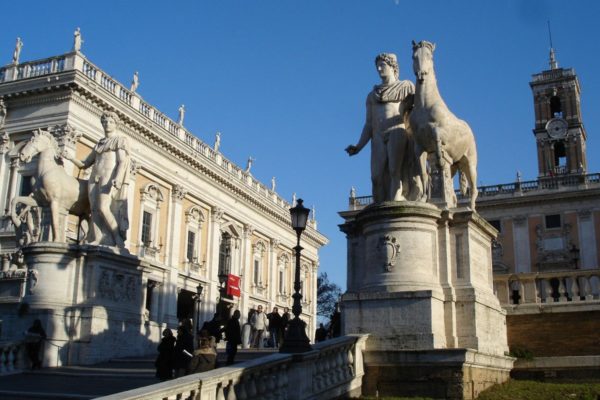 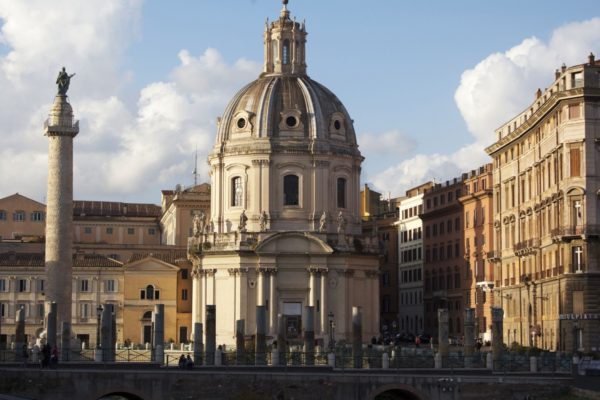 The arch was built in 312 to commemorate Constantine’s victory over his rival Maxentius. Much of the arch is scavenged from earlier times: the lower stonework dates from Domitian’s reign (81 – 96), the eight large medallions depicting hunting scenes are from the reign of Hadrian (117-138). The four reliefs on the sides are from Trajan’s forum and are believed to be by the same sculptor who carved Trajan’s column.

This famous monument is at the end of the street from the Hotel Lancelot. Tickets are required. To avoid long queues you could consider purchasing a “combo” multi-site ticket from a less frequented museum or from the Palatine entrance close to the Colosseum.

The Colosseum (after the name of a nearby colossal statue of Nero) was completed by the Emperor Titus Flavius in AD 80. During the Middle Ages it was fortified by the Frangipane, who erected a wall around it making use of the Arches of Titus and Constantine. In the 16th century the building came under the protection of the Roman Senate, but this did not prevent the usage of its fallen parts for lime making (calcination) or for the many churches and palaces built in the 15th-17th centuries.

In 438 the emperor Valentinianus III closed the gladiators’ schools and the performances were limited to the hunting of wild beasts. The invasion of northern Africa by the Vandals interrupted the supply of lions and other wild animals and the last performances were based on bears from the nearby mountains.

Walk over the original stonework laid out by the Romans.

Enjoy a panoramic view of the imperial forum.

Campidoglio, or Capitoline, was the most important of Rome’s seven hills. The piazza at the top of the hill was designed by Michelangelo in the 1530s and took over a hundred years to complete. The grand stairs leading up to the piazza were also designed by Michelangelo. The building opposite the stairs is Rome’s city hall. At the centre of the piazza is a magnificent second century equestrian statue.

A shady park at the back of the Capitoline Museum with great views over the forum to the south and trastevere to the west.

This is the centre of Rome and there are several important monuments, ruins and museums in the vicinity.

Erected by the Emperor Trajan to mark his military triumphs. The marble column is decorated with scenes of the battles and long campaign to conquer Dacian (modern day Romania) and is considered one of the finest existing examples of ancient sculpture.

The entrance to Trajan’s Forum is via a museum at the top of the steps to the west of Trajan’s column.

The equivalent of today’s shopping mall, the three floors of shops sold everything from oil, spices and vegetables to silks and incense.

There is a delightful walkway leading towards the brick tower behind Trajan’s market (13th century defensive castle) which passes beneath the 12th century loggia of the Casa dei Cavalieri di Rodi (knights of St. John of Jerusalem).

The history of Imperial Rome laid out in maps.