There are sections of the original road with its large (and now irregular) paving stones. 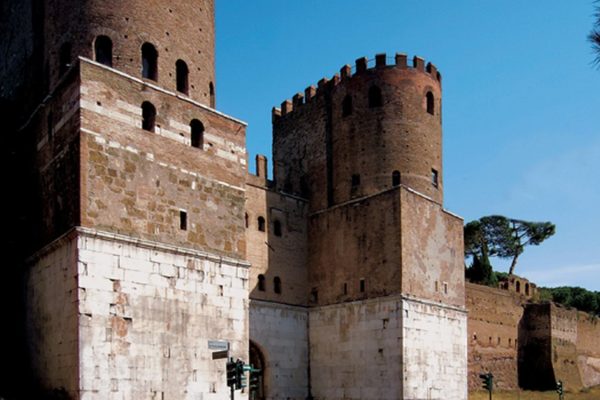 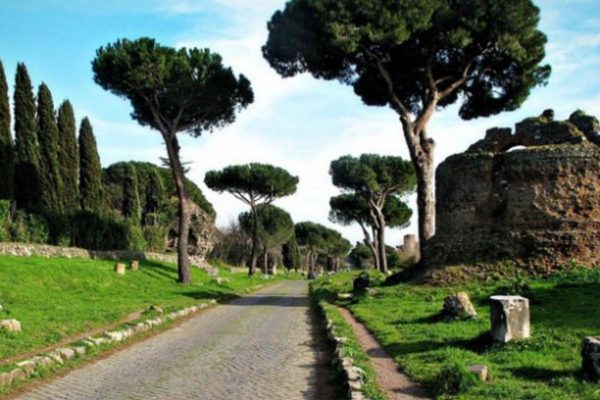 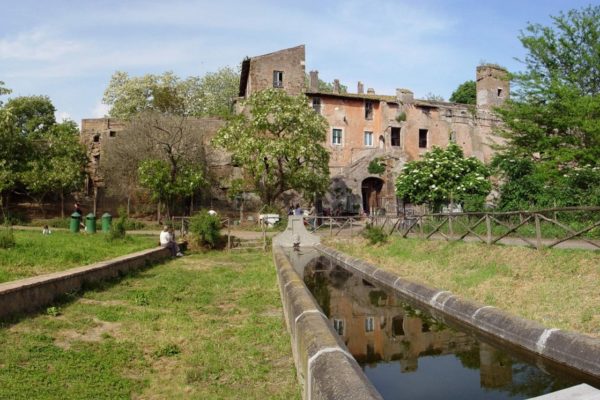 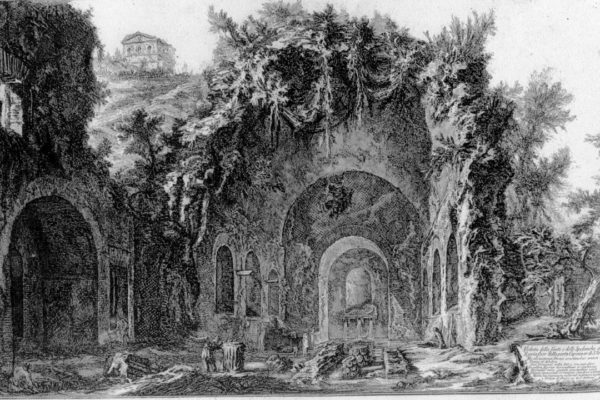 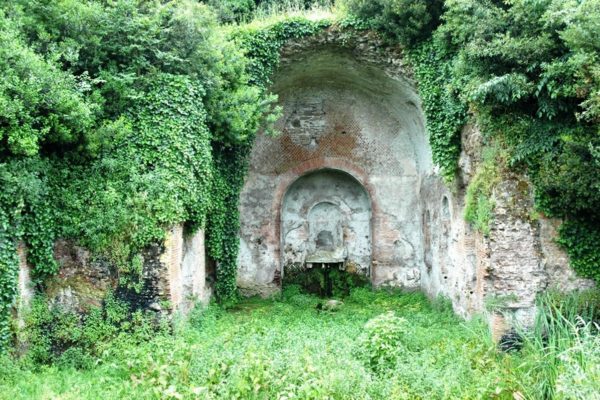 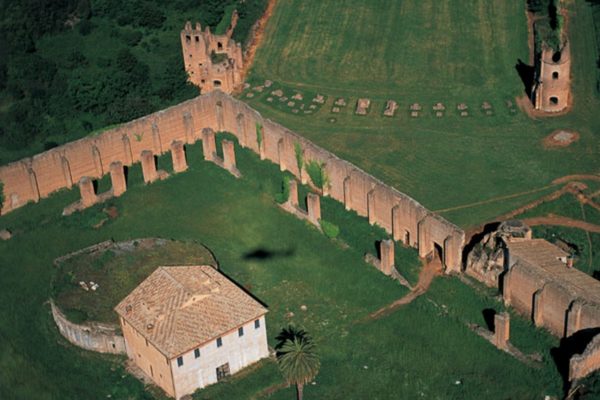 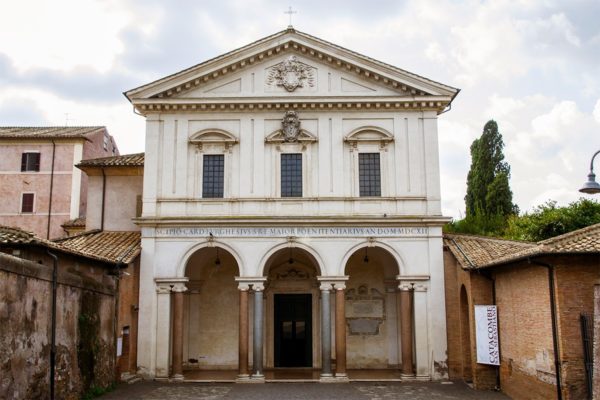 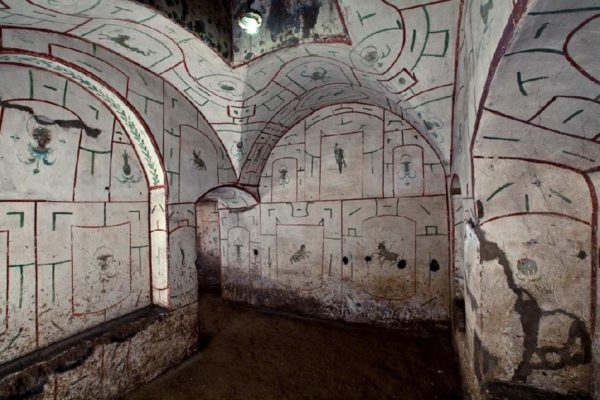 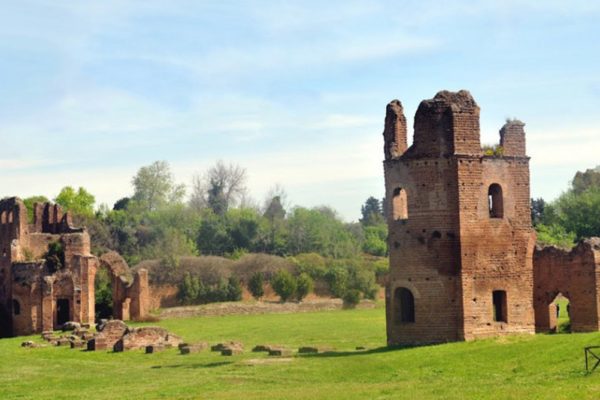 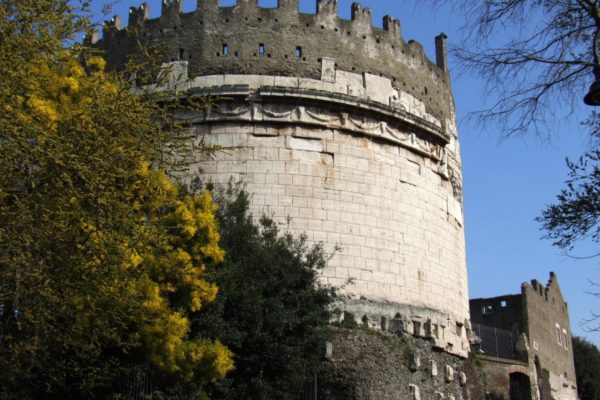 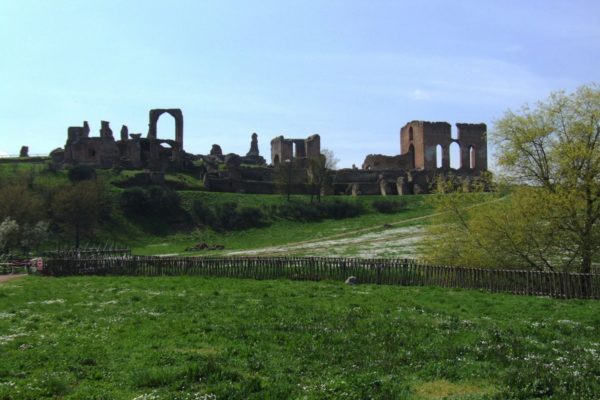 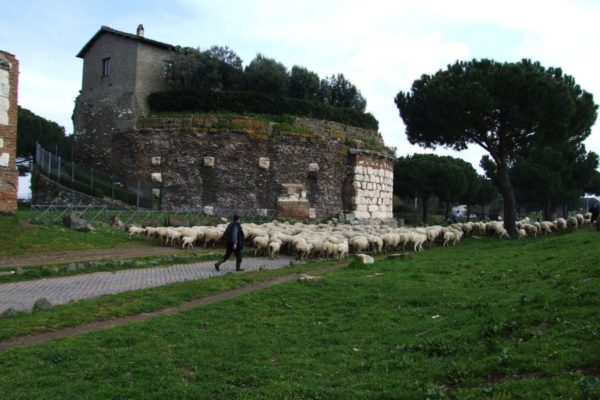 A major gate in the Aurelian Wall leading to the Appia way – the major route to the south. There is a small museum “Museo delle Mura”. Just inside the gate there is the Arch of Druso and the Colonna Miliaria.

A large area around the Appian way has been turned into a park and conservation area. The information centre provides useful maps and suggestions. Cycles can also be rented.

Next to the information centre is the Quo Vadis church located at the point were St Peter’s had an apparition of Christ.

Follow the footsteps of romantic poets along lovely walks in a pastoral setting dotted with ancient ruins that have not changed from the days of Byron, Keats and Goethe.

“Egeria! sweet creation of some heart
Which found no mortal resting-place so fair

The mosses of thy fountain still are sprinkled
With thine Elysian water-drops; the face

Of thy cave-guarded spring with years unwrinkled,
Reflects the meek-eyed genius of the place,”

The largest catacombs in Rome.

Mausoleum to emperor’s son buried here in 309 AD.The mausoleum is similar in shape to the Pantheon.

An imposing late republican tomb dedicated to Caecilia Metella who was the daughter of Quintus Caecilius Metellus Creticus, a consul in 69 BC, and wife of Marcus Licinius Crassus (quaestor), son of the famous Marcus Crassus who served under Julius Caesar.  Also in the area is the Castello Caetani, Chiesa di S. Nicola, and Torre di Capo Bove.

Quintili Villa was the largest and most sumptuous residence of the Roman “suburbium”. Located beyond the fifth milestone along the Via Appia Antica just outside the traditional boundaries of Rome.

Casale Rotondo (round farm) is the largest tomb on Via Appia and its top is occupied by a small farm. Some of the decorations which adorned the structure are reassembled on the adjacent wall.